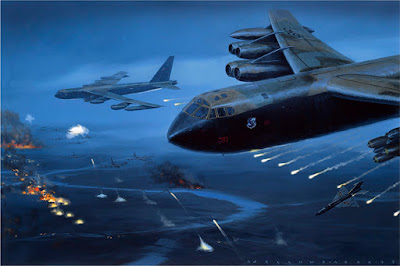 It's been a long week but I am now, hopefully, going to have some time at the weekend to finish off the aircraft for the Football War project, leaving only the C-47's to paint up for the project to be complete. I've also been planning ahead for the Thud Ridge project and, despite my better judgement, have had a pay day splash out on three B-52 Stratofortress heavy bombers for the USAF, as just one didn't seem like enough. I've also ordered a pack of Sea King helicopters to use as SAR HH-3C Jolly Green Giants, alongside the Skyraiders and HH-53's that I already have in the bits box.