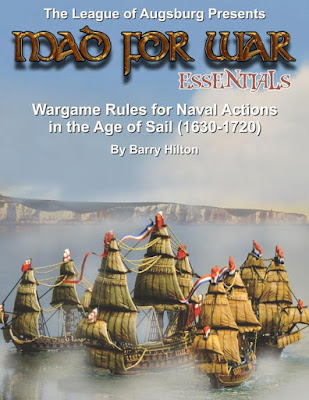 I think I may just have found the focus for my INWarD 2021 games, with a copy of Barry Hilton's Mad for War Essentials late seventeenth century Age of Sail rules.

I have enjoyed immensely Barry's ship painting, terrain making and naval wargaming on the League of Augsburg blog, which have featured the lovely Tumbling Dice 1/2400th scale range of ships. In fact, I have already had some ideas for my own Anglo-Dutch solo naval wargaming, based on the Isles of Scilly in 1650-1651, so it made a lot of sense to get hold of a copy of the rules, rather than just go with Galleys and Galleons, which was my initial choice. 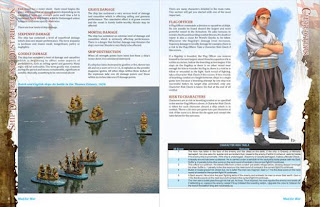 I have to say I am gobsmacked by the quality of this rulebook, which even in its nuts and bolts .pdf edition is beautifully designed and presented in full colour. Not only that, its all for only a fiver! There's a set of starter scenarios as well as some cut out and play ship counters, not to mention a free set of additional scenarios bundled with the download. It's a very slick and most enticing product, with a solid set of rules and loads of support including videos of games to watch as a learning tool. I can't wait to have a go, once I've cleared the decks of other things!