Fistful of Lead - Shootout at the Ace in the Hole Saloon 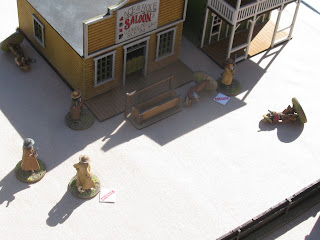 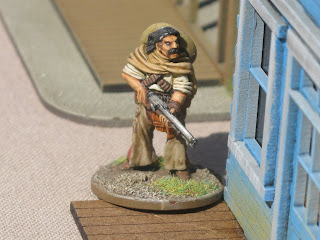 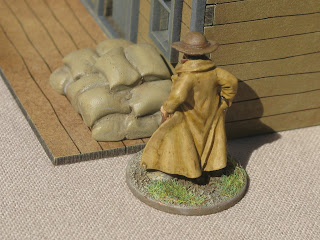 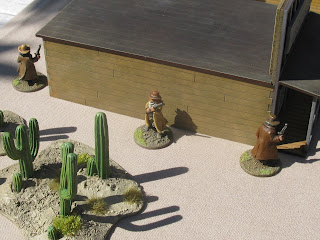 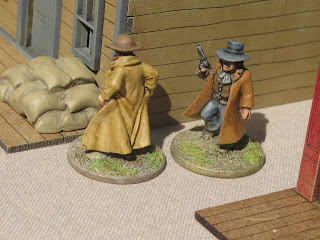 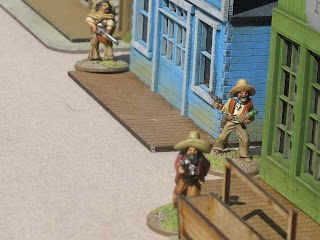 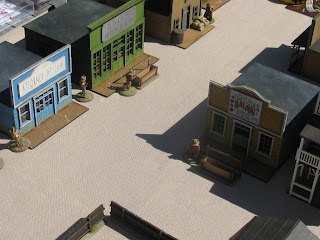 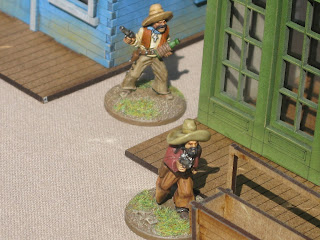 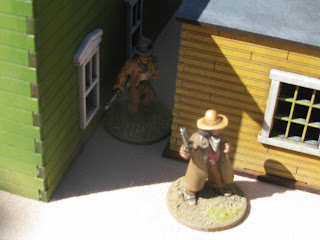 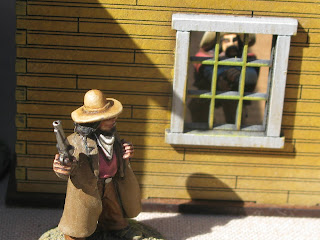 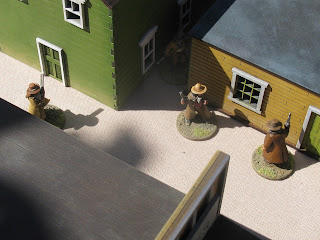 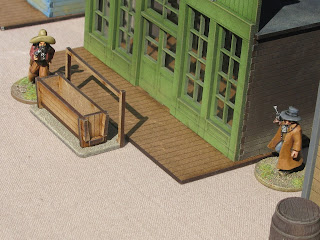 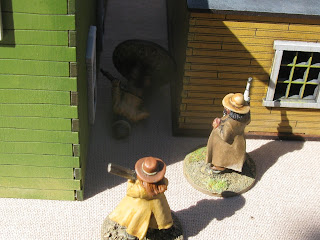 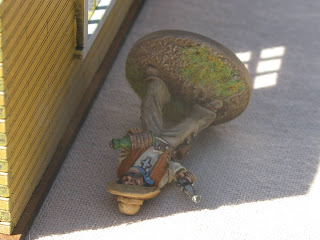 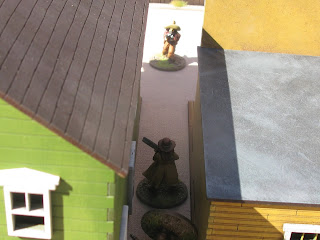 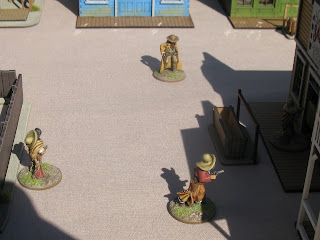 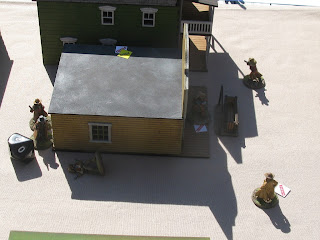 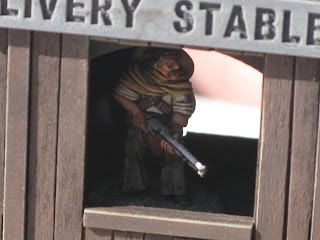 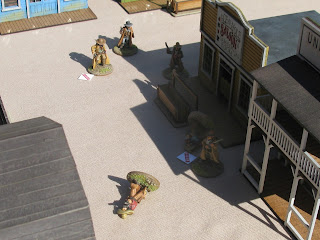 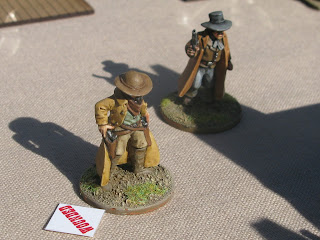 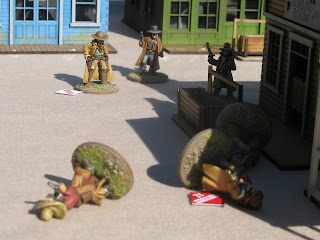 I played an excellent 'al fresco' game of Fistful of Lead with my son today, with two rival outlaw gangs shooting it out for control of a dusty frontier town. We played a series of games during the first lockdown but I haven't run any more since then, so it seemed like a great idea to dust off the rules and figures for another go. The eldest also missed out on lots of the games last year as he was working, so it was good to give him an introduction to the system, which is one of my top ten favourite sets of rules.

The two gangs, one of Mexican banditos and the other of outlaws, set up within six inches of each short edge of the table and the action kicked off straight away. The banditos advanced down the street, covered by their rifle armed compadre, while the outlaws moved to meet them led by their gunslinger boss. The gangs were both fifteen points with three of the five in each faction having positive traits including Gunslinger, Nerves of Steel and Stone Killer, to name but a few.

In  a cunning move, the banditos also sneaked a shotgun armed figure down an alleyway in a flanking attempt but he was blasted down by his opposite number in the outlaw gang. One of the Mexicans also tried to shoot through the rear window of the Ace in the Hole saloon but the back door was booted in by an outlaw and in the ensuing close combat the bandito was forced to escape through the swing doors at the front, although the outlaw was shot down as he tried to follow.

In the end, the banditos were dispatched to a man, with the last one holed up in the livery stable at the end of the street, only to be peppered with pistol shots by the surrounding outlaws. The banditos were wiped out for the cost of one dead outlaw and two with wounds, so the town was back in the hands of the outlaws, at least until the next game. The lad has now got some 28mm figures from my lead pile to paint up for his own posse, so this won't be the last game we play for sure!