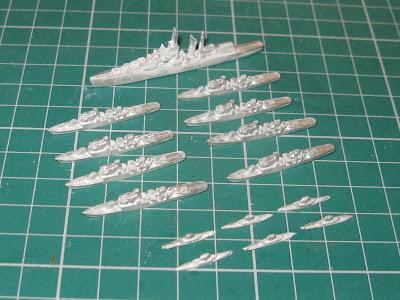 I was supposed to have a day off work today, during which I was going to paint the bases for the Chilean warships and prepare the Peruvian ones for undercoating, but I was called in at the last minute instead. I've now started painting the bases and have unpacked the Peruvian warships ready for a clean up. These consist of eight Lupo class frigates, six Type 209 submarines and possibly, as an optional bonus, the ex-Dutch cruiser BAP Almirante Grau. 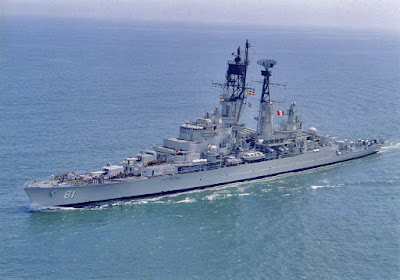 The latter was operational up to 2017, despite being very long in the tooth having been originally laid down in 1939, although not actually commissioned until 1953! It's a small and relatively weak force compared to the Chilean units that I've painted already, which is why I'm thinking to developing the project in a different direction. This will involve some of the Navwar deep sea trawlers and a factory ship, along with a third naval power that a combined Chilean - Peruvian taskforce might have to tackle?