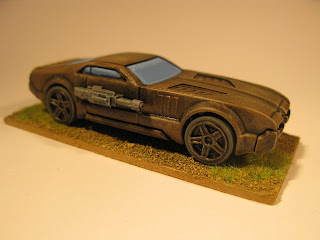 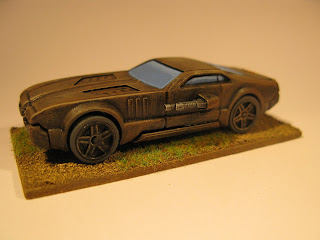 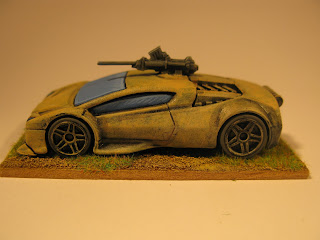 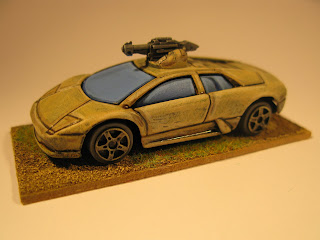 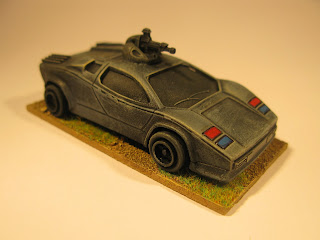 I've managed to finish off the four diecast cars for Axles and Alloys today, although a few minor details could be added if I was being picky. I'm not too happy about the windows but they'll have to do in the interest of getting them done and dusted.

The stand in Lamborghini came out looking the best of the bunch despite it's rather boring grey paintscheme, whilst the two base sand cars turned out not quite up to scratch, although perfectly presentable in game terms. The odd one out of the pack, the brown country club thingy, isn't too bad and has some neat passive weapon drop pods on the back end that look quite effective (although you can't see them in the pictures).

I might get a couple more done during the week as they don't take too long to convert or paint up. I also have to make the various markers for Axles and Alloys, which we're trying out at the end of the month, so the ARVN will be taking a back seat for a couple of days. It's looking unlikely that I'll finish the ARVN by the end of the week but I'll hopefully get most of the battlegroup done by the end of February, any extra time I spend having to come off the next project.
Posted by Jim Jackaman at 22:48