WW1 Knights of the Sky 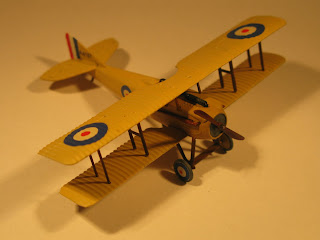 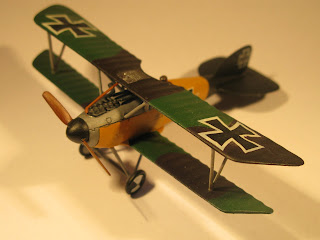 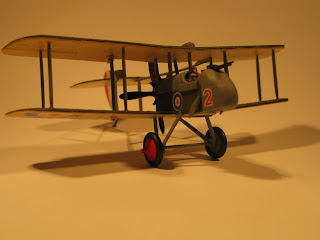 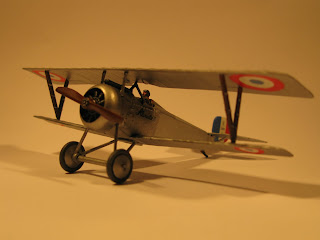 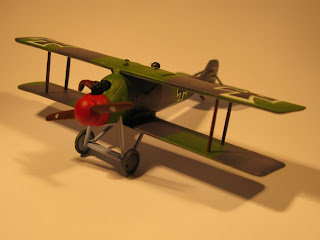 We've got a WW1 aerial game at the club tomorrow night using a set of club rules called Knights of the Sky. It's a neat system which uses hex movement and a set of order codes similar to Blue Max or Check Your Six. The author, Richard, has fine tuned the rules to be simple but very flexible, so that individual aircraft can be manoevered with accurate flight characteristics. It's fast and furious, always resulting in some frenetic action and some very funny moments.

I thought I'd post some pictures of the planes I'm going to take along to the club to lend to other players or to fly myself. They're all 1/72nd scale Airfix, Revell or Esci kits, with the exception of the Roland DII which is an old Merlin Models limited run injection kit. I think it's going to be my plane of choice tomorrow, assuming I fly for the Fatherland, as I built it last year but never used in action. It's built like a brick and will probably fly like one too but at least it'll be a bit different from the standard Albatros or Roland CII's.

I have a lot more aircraft in my collection including several flights of three or four planes, but as the game tomorrow is set in February 1917, only the ones here will be taking to the skies.
Posted by Jim Jackaman at 14:02