Back of Beyond Battle Report 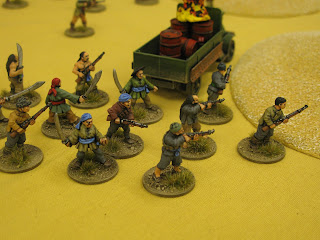 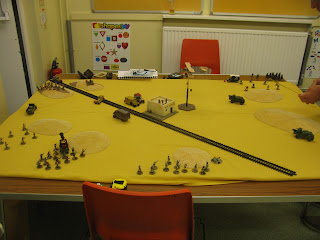 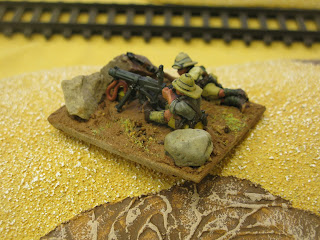 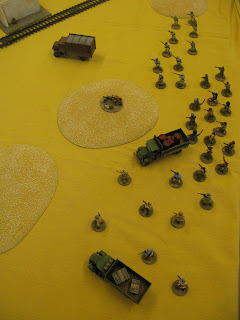 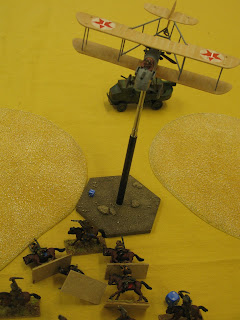 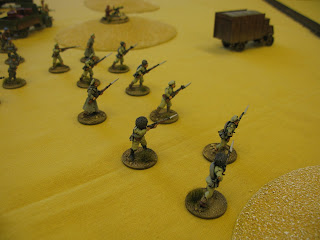 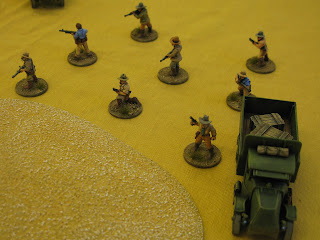 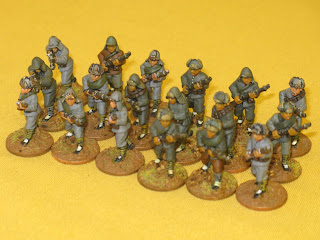 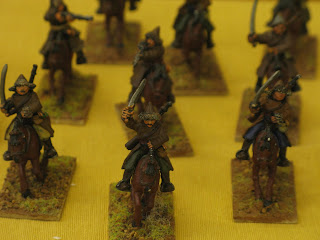 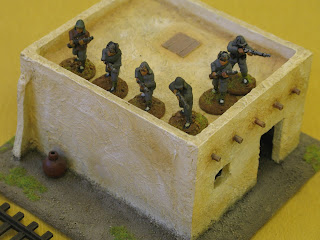 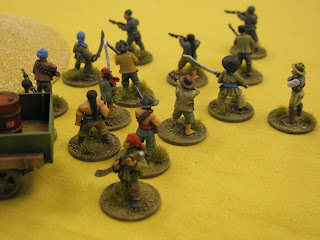 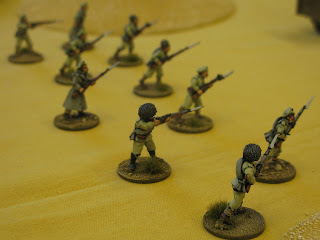 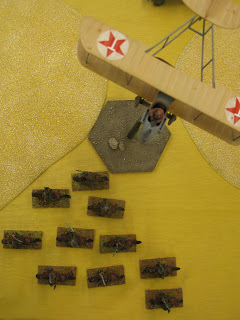 I had a  very enjoyable game at the club last night but, unfortunately, had to concede a narrow victory to the British Museum, although the outcome did hinge on the last turn. I had some initial success with my DH2 aircraft which wiped out Andy's irregular cavalry and then pinned down his Chinese infantry unit in the railway station. However, the rest of my army spent most of the game cowering behind sand dunes, trading long range shots with his assorted armoured cars and heavy machine gun.
In the end both sides decided to end the stalemate with a cautious advance. On the right flank the Garford Putilov armoured cars traded shots until they both blew up in a close range, point blank death or glory clash. In the middle, the White Russian mercenaries and Chinese labourers were outflanked by Andy's armoured cars but held off to the end, despite having no effective anti-armour weapons and being outranged by the vehicle mounted machine guns.
The key turn of events was on the left, however, where my unarmoured and improvised machine gun carriers were comprehensively dispatched by Andy's concentrated firepower. This was despite using the aptly titled 'Ping' rule, by which the chocolate teapot vehicles gained a saving throw of 1-3 when hit. This saved them once or twice but worked both ways, leaving my repeated attempts to knock out the British Museum vehicles pretty futile.
In the end, my Texan oil prospector unit was virtually wiped out as it tried to outflank Andy's armoured spearhead over on the extreme left hand side of the battelfield, using one of the trucks as a moving shield to soak up his machine gun fire. I lost four units in total, three of which were vehicles, whilst Andy lost a heavy machine gun, his mongol cavalry and an un-armoured car, so scraped a win over the hard-pressed Texans.

Dagnabit!
The house rules that we have used help to make the game mechanics less clunky, with the 'Ping' rule being a good example. We both agreed that some sort of anti-armour capability, however small or limited in strength, would make a big difference to the survivability of the Dinosaur Hunters, so I'm thinking of allowing them to field a single anti-tank rifle in the guise of a high powered elephant gun for the next game, in place of one of the snipers that are allowed in the Back of Beyond supplement.
It was really good fun and a great way to begin the Summer holidays, especially as we're both teachers!
Posted by Jim Jackaman at 01:07