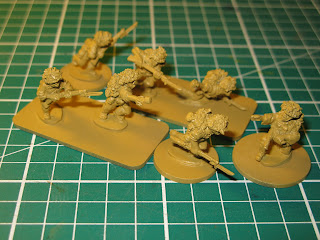 Here are the very last of the leader figures and support units for the Chain of Command Japanese early war platoon, which is handy as my can of Army Painter Desert Yellow has now fizzled out to the last drops. It's lasted a long time and gives a very even coverage, so I think I've got my moneys worth! 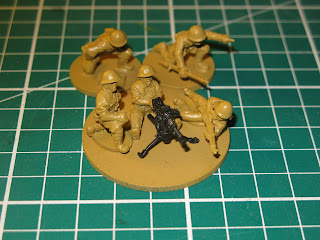 The figures consist of an engineer squad of two teams and a junior leader, using the Jungle Veteran figures as assault troops, a second MMG and team and a junior leader for the 'Knee Mortar' section. This completes the core contingent of the platoon, with a few extra odds and ends to fill out the support options. 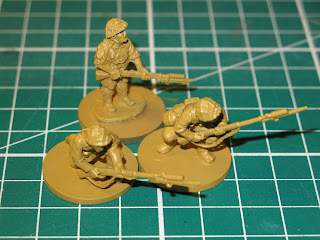 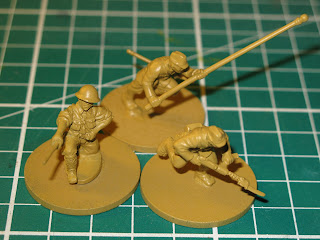 These include a trio of Type 100 grenade launcher equipped infantry, which I converted from bog standard figures, and two Senior NCO's, one with an SMG and one with a standard, both of which will be interchangeable as the Gunzo or Platoon Sergeant. I now only have a couple of Chi Ha tanks to assemble and undercoat to be ready for the painting stage. Phew!
Posted by Jim Jackaman at 05:12