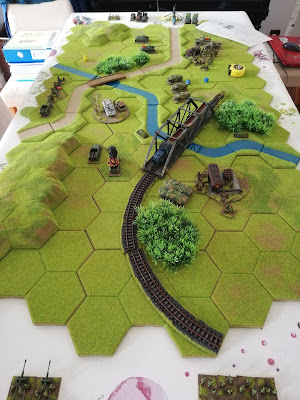 I played the AK47 game today against my eldest son, with the attacking Mbote Defence Force (MDF) being under my command and the defending Zubuto Army of the People (ZAP) under his command. It was a tightly fought game, partly as we had to use the dining room table which is quite small but mainly because the two sides were tooled up with a lot of extra weapons after the political phase.

In the end is was 51 to 54 points to the defenders, so no clear victory for either side according to the rules, although my lot lost a lot more infantry groups and vehicles than the opposition. Anyway, here's the pictures which are a bit blurred due to the low flying, high speed photo recce aircraft of the Combined Regional African Peacekeeping flight having to dodge the AAA...or just my phone camera being C.R.A.P. either way? 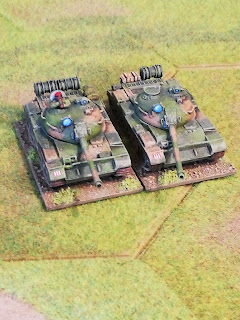 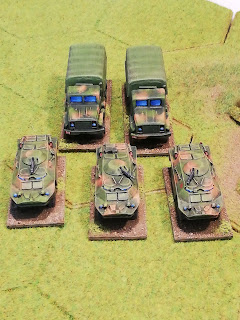 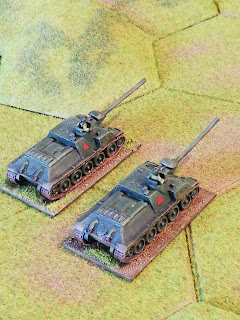 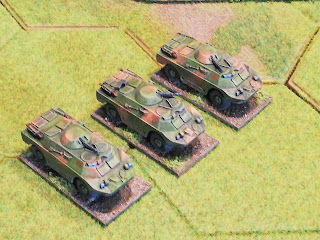 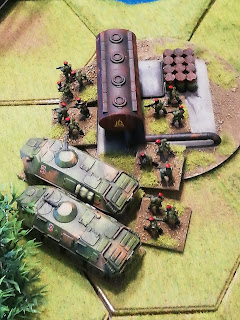 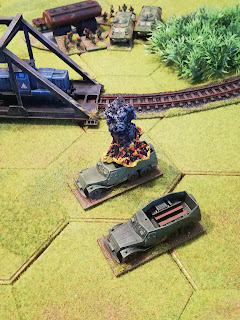 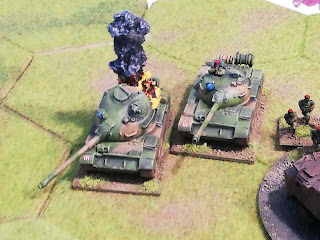 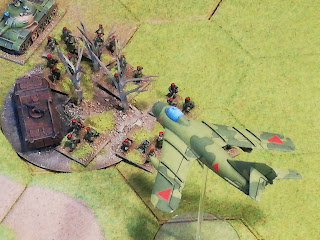 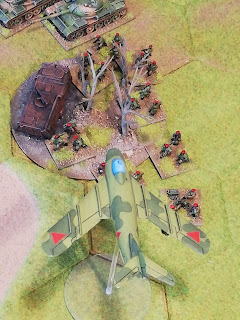 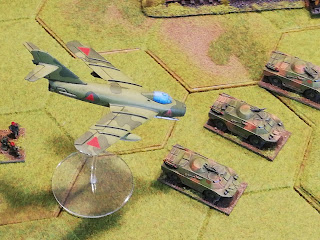 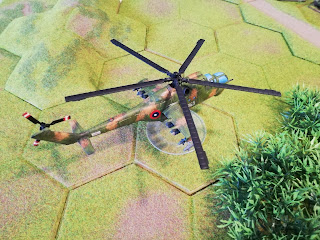 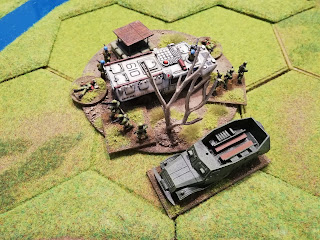 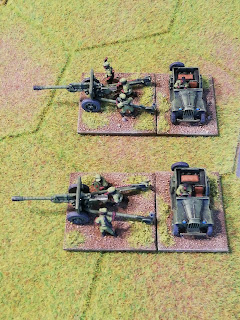 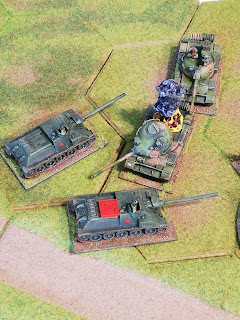 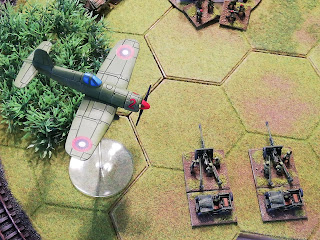 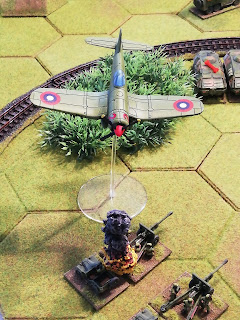 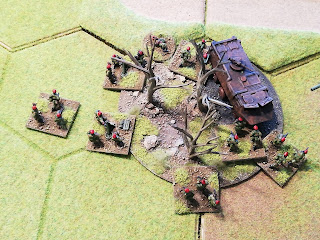 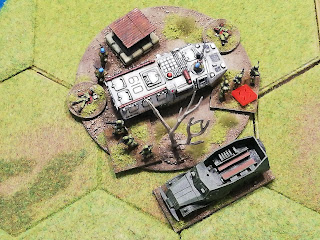 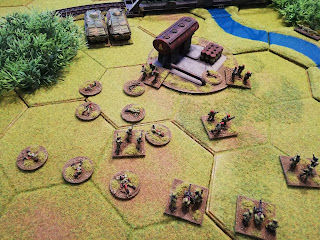