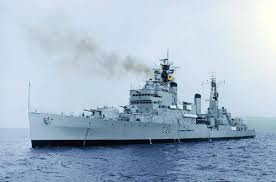 The SBS team that HMS Alliance inserted on Sebatik Island has reported a significant build up of Indonesian military forces indicating that a major cross-border invasion is imminent. A marked increase in military activity has been observed both by the special forces team and from overflights by RAF Canberra photo reconnaissance aircraft. This has included the presence of Indonesian amphibious landing ships and warships assembling in the naval base at Tarakan, within striking distance of Sabah.

A recent intercept of Indonesian military radio communications has been decoded by naval intelligence and has provided advance warning of an amphibious invasion force being assembled in Tarakan. This force is believed to consist of a number of LST's with an escort of destroyers and the amphibious landing command ship KRI Ratulangi. The force is expected to be moving north along the coast by night in the next days, although it's exact destination and mission are as yet unknown. It is not clear if any Indonesian submarines will also be present. 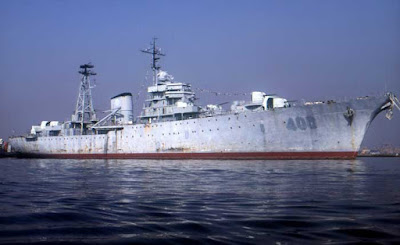 In this scenario, the Royal Navy has assembled a powerful patrol group to intercept and destroy an Indonesian amphibious task force. The group consists of the cruiser HMS Tiger, the guided missile cruiser HMS Kent and the frigates HMS Dido, HMS Ajax and HMS Whitby. An Amphion Class submarine, HMS Alliance, may also be included as an option. The Indonesian task force consists of the command ship KRI Ratulangi, the LST's KRI Teluk Rataj, KRI Teluk Bajur and KRI Teluk Langsa, together with the escorting Skory class destroyers, KRI Sisingamaradja and KRI Sandjaja. An Indonesian Whisky class submarine, KRI Tjakra, may also be included as an optional escort.

The Indonesian force enters on Turn 1 from the middle of the Southern short edge of the table and must attempt to leave the opposite end of the table with as many ships as possible by the end of the scenario. The Royal Navy group enters from the middle of the Eastern long edge of the table on Turn 2 and must attempt to sink or heavily damage as many of the Indonesian warships and landing ships as possible. The rules of engagement are unrestricted and both sides are using active radar at the start of the scenario. The action occurs at night, with night visibility at 6cm range. The prevailing weather is settled and the sea state is moderate.