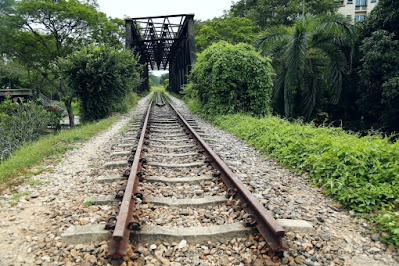 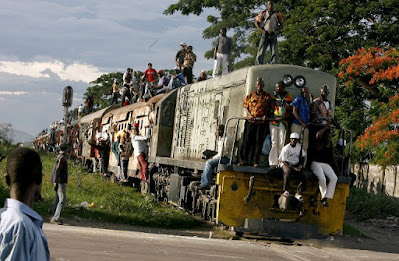 From our transport correspondent in Wanayani

In extraordinary scenes earlier today, an entire trainload of irate passengers was forced to walk several miles through the bush when the railway line between Ndinga and Wanayani disappeared! The driver of the 3.10 to Wanayani managed to stop the train in time before it ran off the rails, just as it reached the Wanayani river bridge which demarcates the disputed border zone between Mbote and Zubuto. Eye witness reports suggest that several miles of the railway in the border zone seem to have simply vanished into thin air, although this has yet to be confirmed by Zubuto Rail or by the Ministry of Transport in Mpangi.