MiG Alley Back to Back 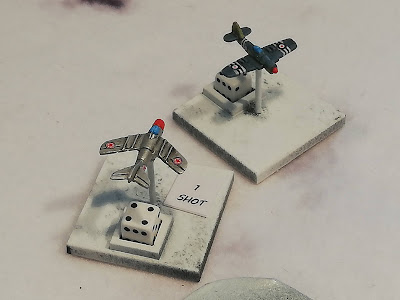 I had two excellent games of MiG Alley today, the first a solo outing to learn the rules and the second against my son, who wanted to have a go. In the first game I gave the UN two F-86 Sabres with honcho pilots and two F-84 Thunderjets with experienced pilots, the latter tasked with attacking a bridge over the Yalu. The North Koreans had three MiG-15's, one with an experienced leader and two with green pilots. This gave the UN a decisive edge but I didn't realise by just how much until well into the game.

The game was great fun, with the Sabres chasing after the MiG's after they crossed the Yalu, while the Thunderjets dropped down to low level to bomb the bridge. They scored two hits on the bridge and then successfully returned to cross over into the safety of UN airspace at the end of the game. The Sabres managed to damage the MiG flight leader, who escaped over the eastern edge of the table, but shot down both of his wingmen, one over North Korea and the other over the border in China. 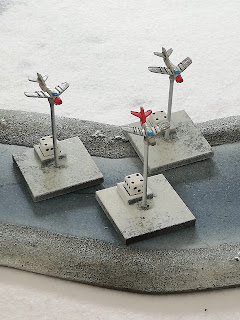 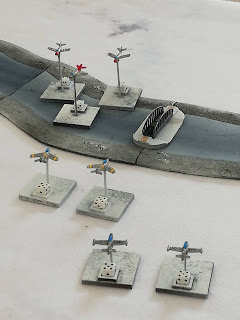 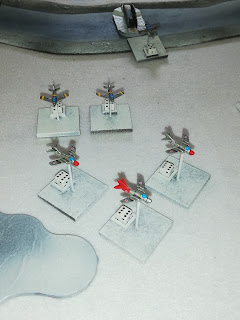 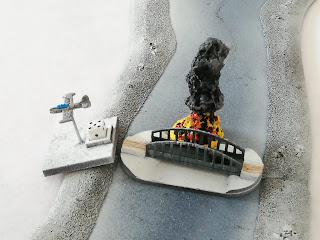 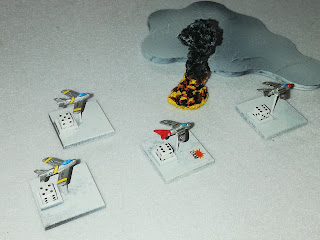 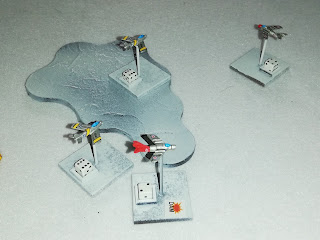 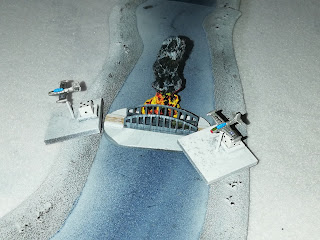 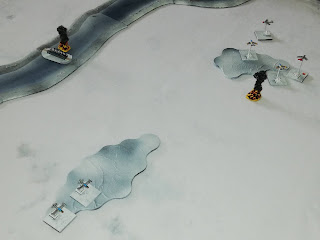 In the second game, I decided to deploy the Fleet Air Arm with two Sea Furies and two Fireflies, again with a mission to hit a bridge (we did originally roll up a ground target but the lad wanted to use the bridge model instead). This time, the MiG's shot down one Firefly and almost shot down the second as it failed to bomb the bridge, running out of ammunition in the process. In return, one of the Sea Furies managed to damage a MiG, while the other MiG overcooked a tight turn and spun into the ground due to expending  too many AP's. 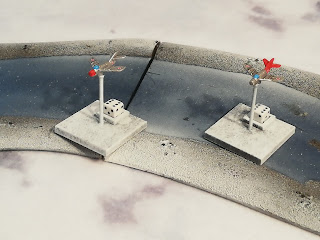 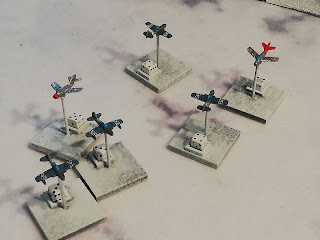 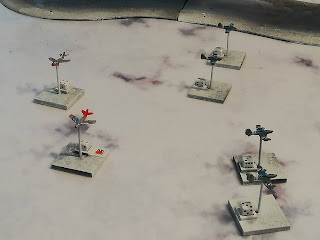 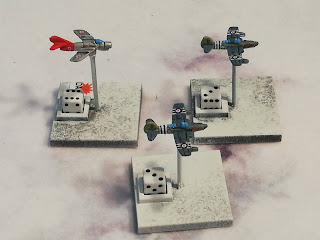 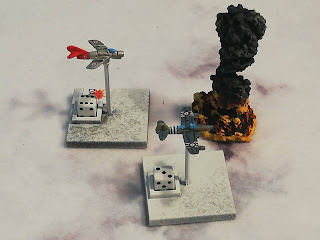 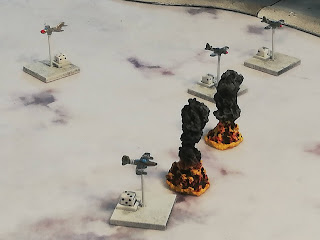 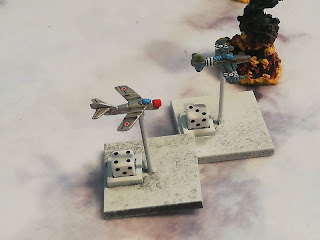 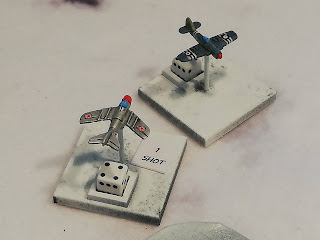 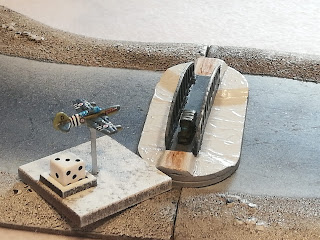 I really enjoyed both games and like the Wings at War system, which I found easy to pick up but with lots of tactical depth. I am going to play some more MiG Alley, as I have plenty of aircraft to use, but also intend to finish off the planes for the Arab Israeli 1948 version of the game, Desert Spitfires, together with my Football War planes for the Corsairs and Cavaliers variant that I devised. In fact, the Football War painting is advanced enough to be relatively quick to complete, so that will probably be pushed to the front of the queue. Tally Ho!