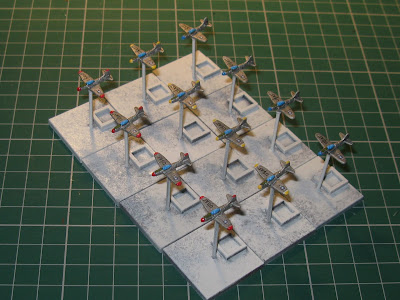 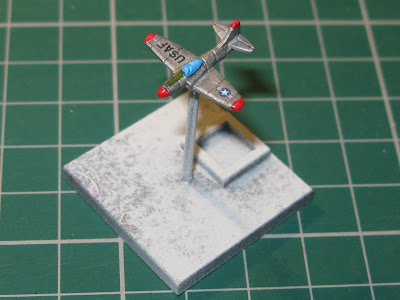 Here's the next lot of tarted up planes for MiG Alley, this time some F-80 Shooting Stars with added fin flashes and wing tip stripes. I left four in the original scheme with blue noses but gave them a touch of brighter blue to sharpen them up a bit. I've made some good progress on the B-26 Invaders too, and hope to get them finished by the end of play tomorrow, decals and all. Finally, I've decided to quickly paint up four RAAF Meteors that I had already magnet based. I did have several more of these but the magnet basing went wonky, so they've gone back in the box to be de-magnetised and rebased at some point. I now need to decide if I'm going to re-paint my rubbish B-29's or move onto the Football War planes instead?