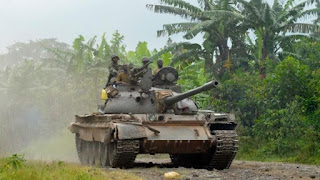 From our correspondent in Wanayani

Reports are coming in of an invasion of the disputed border zone between Mbote and Zubuto by units of the Mbote Defence Force (MDF) and militia units of the People's Volunteer Army (PVA). Tensions have been high in the region after recent accusations of state sponsored banditry and sabotage made against the Mbote regime by the government of Zubuto. 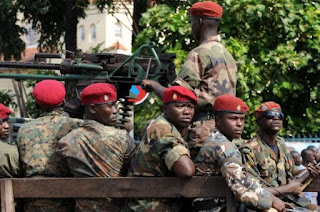 A flashpoint over the alleged theft of railway infrastructure by militia loyal to President Mpongo of Mbote, has escalated into a full military incursion across the Wanayani River by armoured and mechanised units of the MDF. The Zubuto Army of the People (ZAP) has countered this pre-emptive strike with firm resistance, rushing T-55 tanks, mobile infantry and armoured cars into the zone, supported by helicopter gunships of the ZAF. 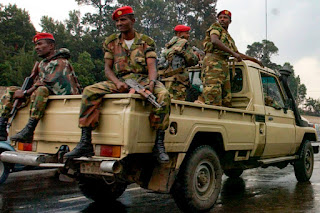 There are reports of explosions and gunfire in the vicinity of the Wanayani bridge, with columns of smoke from burning vehicles visible from several kilometres away. The situation on the ground is confused, but it would appear that the MDF has suffered a setback in its advance and that heavy fighting is now occurring in the Wanayani river valley. Stay tuned for a full report from the front lines of this rapidly developing conflict.