May the Fourth Be With You! 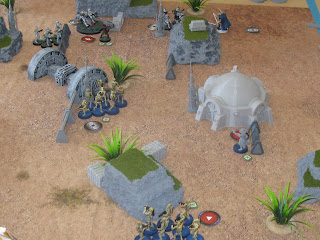 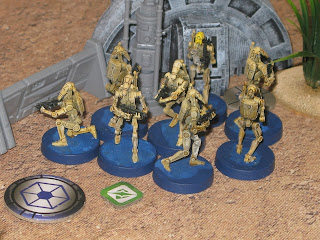 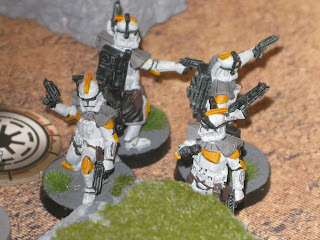 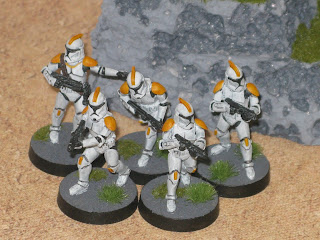 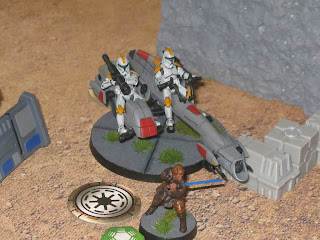 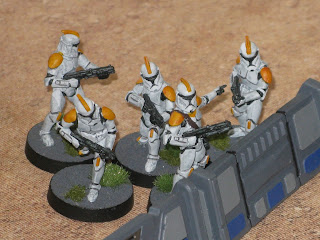 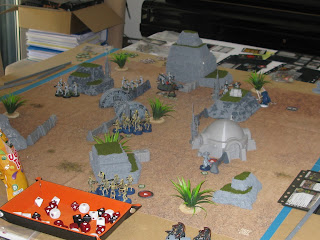 I haven't played any games recently due to work and family commitments, but my eldest son has been actively working away at his 40K and Star Wars Legion projects, so was able to set up a socially distanced game of the latter with a mate last weekend. This wasn't 'proper' Star Wars but the Clone Wars version, with the clones supplied by his friend but the droids painted by him, using a speed painting approach to get them on to the table. He actually prefers the original Star Wars and has a good array of models to paint up in the near future, which is great as I'd really like to have a go too. I think he did a pretty good painting job on the droids to start with, so hopefully he'll do some stormtroopers and rebels next time?