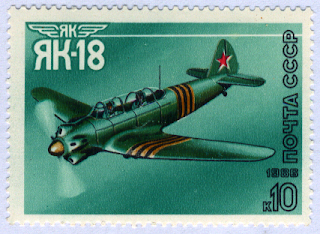 I had the last delivery of MiG Alley planes from Tumbling Dice yesterday in the form of some extra FAA Sea Furies (with rockets for ground attack), Fireflies (to balance out the flights) and some Seafires (so that I can do 1950, before all the Seafires fell to bits).


The order also included some Douglas TBD Devastators which I'm hoping to convert into something not unlike a Yak 18. I need a couple of flights of these to represent the 'bedcheck charlie' night nuisance raiders of the North Korean Peoples Air Force , otherwise my USAF nightfighters won't have much to shoot down. 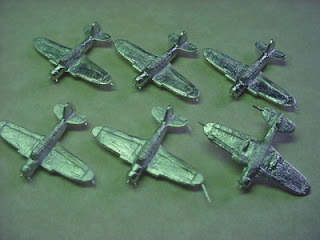 As you can see, the Devastator is a bit on the large size for a Yak, but otherwise is roughly the same shape. I'll have to trim down the wings, level off the cockpit canopy and try to do something about the engine cowling to reproduce the nacelles over the cylinder heads. This may or may not work but it's worth a try.

I've also ordered a pack of Fairey Swordfish to see if I can turn them into Po2's but that's more of a long shot as they're much bigger and have completely different wing profiles. If I can get away with the Yak's I won't need to try the Swordfish conversions anyway.
Posted by Jim Jackaman at 02:13